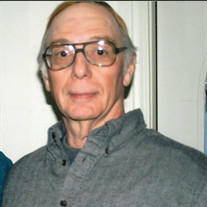 Born in Newton, New Jersey, the first child of Louis and Dorothy, even as a little boy Donald had a love of airplanes and would build models.
After graduating Newton High School, he attended Teterboro School of Aeronautics and served in Vietnam. It was while continuing his education in Tulsa at Spartan College of Aeronautics, he found the love of his life and married Karen Tyler, who predeceased him on August 22, 2015. In 1977 he began his career doing what he dreamed of as a boy at American Airlines. In addition, he joined the Air National Guard until retirement.
He remained friends with many from high school and enjoyed spending time with his OK friends, which included annual Vegas trips that he and Karen would take with Ed and Anita, and then weekly Saturday movie nights at their house. He also enjoyed going to the gun range and working on his cars. Donald “Rock” was an avid animal lover who adopted many cats and dogs over the years. He also enjoyed seeing the birds at his feeders, particularly the hummingbirds.

He will be greatly missed by his sister, Yvonne Rocco-Accumanno (Mario) and his Thanksgiving visits with her children, Sal, Louie and Anna. His brother Thomas (Donna) and his many other nieces and nephews will miss him very much.

Visitation will be held Sunday, February 15, 2021 from 2:00 p.m. to 4:00 p.m. at Mowery Funeral Service in Owasso. He will be laid to rest with Karen at Graceland Memorial park Cemetery in Owasso, Oklahoma. Rest in Peace. Memorial Contributions may be made to the American Heart Association. 2227 East Skelly Drive, Tulsa, OK 74105.
Arrangements and services were entrusted to Mowery Funeral Service.