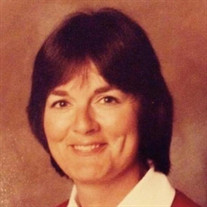 Joan Dean Ratliff was born on July 19, 1946, in Tulsa, Oklahoma to Ray C. Dean and Lois N. (Phillips) Dean. She passed from this life Monday, November 16, 2020 at her home in Jenks, Oklahoma at the age of 74. Joan was raised and educated in Tulsa and graduated from Memorial High School Class of 1964. She continued her secondary education at the University of Oklahoma and ultimately received her bachelor’s degree in Education from Northeastern State University in Tahlequah, Oklahoma.

Joan was married on June 16, 1972 in Miami, Oklahoma to the love her life and hero, Donald Frederick Ratliff. She spent over 30 years as an elementary teacher at various schools in the Union Public School district. After her retirement Joan continued to work as an E Account Responder with AEP/PSO for 13 years. In her spare time, she enjoyed a variety of past times such as reading, working crossword puzzles, watching golf and sprint car races with her husband, reconnecting with her longtime high school friends and most of all spoiling her grandchildren.

Those she leaves behind that hold many cherished memories include her husband of 48 years, Don Ratliff; son, Scott Winters and his wife April; daughter, Shelby Woodward and her husband Larry Joe Swaggerty, Jr; four grandchildren, Kyle Sherrill of Jenks, Ryann Woodward of Tulsa, Afton and Avery Shell (Winters) of Broken Arrow.

She was preceded in death by her parents, Ray and Lois.