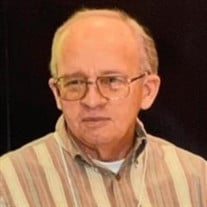 Robert Michael “Bob” Bauer was born on April 21, 1947 in Niagara Falls, New York to Michael Robert Bauer and Natalie Margaret (Herl) Bauer. He died on Saturday, January 16, 2021 in Owasso, Oklahoma at the age of 73 years. Bob was raised and educated in Hammond, Indiana and graduated with the Hammond High School Class of 1965. After high school he attended classes at Purdue University Calumet where he earned a bachelor’s degree in Mechanical Engineering. He spent most of his working life as a mechanical engineer, independently contracting with various companies. Bob spent the past 25 years as a faithful member of Apex Baptist Church in Apex, North Carolina until moving to Owasso, Oklahoma in 2020. In his spare time, he enjoyed working out, woodworking, and working with anything mechanical.