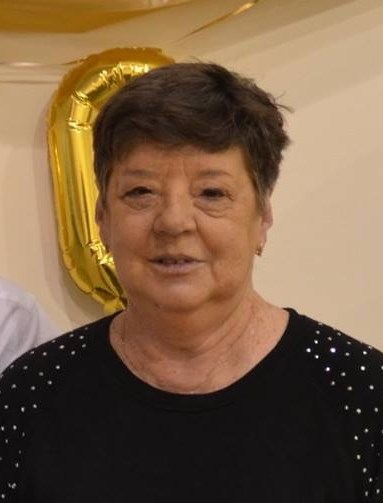 Ruth Ann Hale was born September 27, 1947, in Vinita, Oklahoma, to Chester Elbert and Thelma Ruth (Walls) Jent. She died Tuesday, September 12, 2017, in Tulsa, Oklahoma, at the age of 69 years. Ruth was reared and educated in Vinita, Oklahoma, where she completed her secondary education and graduated with the Vinita High School Class of 1965. She was married March 31, 1966, in Owasso, Oklahoma, to Roy Newton Hale. They had made their home in Skiatook, Oklahoma, since 1978. Since that time Ruth and Roy worked as the owners and operators of Sonic Drive-In. She was a faithful member of First Baptist Church in Skiatook. In her younger years, Ruth and Roy enjoyed spending time bowling. She also enjoyed reading and on occasion going to the casino. She cherished her role as “Granny” to her grandchildren, whom she dearly loved. Ruth was always ready to host and cook for a family event whether a birthday, anniversary, Christmas, or any type of family gathering.

Those she leaves behind who hold many fond memories include:
Her husband of over 51 years; Roy, of the home
Two daughters; Cindy Lee and her husband Robert, and Terri Hollomon, and one son, Joe Hale and his wife Gloria, all of Skiatook, Oklahoma
Seven grandchildren; Rocky Lee, Caleb Lee and his wife Sidney, Marcus Lee, Jerry Hollomon, Alex Hollomon, Gabriel Hale, and Zachary Hale.
Brother; James Jent and wife Gale, of Owasso
Sister; Peggy Rowden, of Pryor, OK
Sister, Kathy Rork and husband Robert, of Oklahoma City
Brother; Eddie Jent and wife Kelli, of Sand Springs, OK
She was preceded in death by her parents, and one brother, Bill Jent, who was killed during the Vietnam War.