Don’t Zone Out: Work zone safety matters for everyone

Seventeen seconds.
For drivers who don’t follow the speed reductions inside a highway work zone, 17 seconds is roughly the amount of time their speeding will save them.
Five seconds.
That’s the average time a driver takes to glance down at a text message. For drivers going 60 miles per hour, those five seconds will take them the length of a football field without their eyes on the road.
All those precious seconds behind the wheel can mean the difference between life and death. They matter.
This spring the Oklahoma Department of Transportation is launching a new round of safety messages, asking drivers to realize Your Life Matters: Drive Like It. Even with the use of warning signs, flashing lights and other devices to indicate a work zone for the traveling public, the top causes of work zone crashes remain speeding and driver inattention.
There have been 85 work zone fatalities in the past five years on Oklahoma highways. Seventeen of those were in just the past year, including drivers, passengers and an ODOT employee. Jarrell Gray, a 47-year-old employee in Delaware County, was killed in May 2016 while working along SH-20. Investigators say a driver was apparently distracted by a cell phone and veered off the highway and into the shoulder area where Gray was working. He became the 60th employee killed in the line of duty in the department’s history.
“The ripple effects from tragedies like this stretch far beyond the work zone to families, friends and to the legal system,” ODOT Executive Director Mike Patterson said. “If your hands are on the wheel, then you are responsible for ensuring the safety of everyone around you, including yourself. We do our part to set up safe work zones in order to make critically needed repairs, but drivers have to do their part too.”
Spring and summer are typically when more maintenance and construction projects will be underway across Oklahoma in order to take advantage of favorable weather conditions. For drivers, that means more work zones, not just on daily commutes, but also for upcoming summer road trips.
Something else drivers will see is the increased safety messaging on ODOT’s Facebook and Twitter accounts in conjunction with new public service announcements, where workers tasked with keeping Oklahoma’s highways safe will share their stories. Other high-visibility activities include:
Primary sponsors for this campaign are Oklahoma Highway Safety Office, Oklahoma Turnpike Authority and Midstate Traffic Control and will help spread work zone safety messaging statewide. Other associated partners are the Oklahoma Association of Broadcasters, Fairway Outdoor, Tyler Media and Direct Traffic Control. This effort also coincides with the National Work Zone Awareness Week, April 3-7, during which time surrounding states and others nationwide highlighted the importance of driver safety.
Every life matters in a highway work zone. While this campaign will be in full force this spring, ODOT hopes the message of Your Life Matters: Drive Like It stays with drivers year-round to help prevent accidents and save lives.
To learn more about the campaign, see http://www.ok.gov/odot/WorkZoneAwareness.html 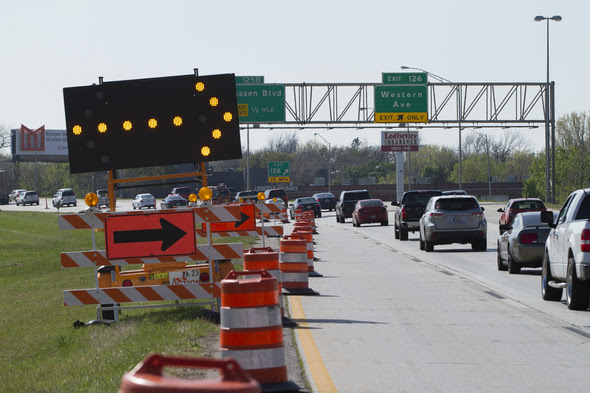 The Oklahoma Department of Transportation and its partners are urging all drivers to remember that Your Life Matters: Drive Like It as they enter work zones statewide, like this one on the I-44 Belle Isle bridge.
Post Views: 0