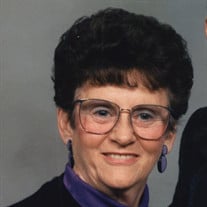 Janie Evelyn Redman was born October 16, 1930, in Melbourne, Arkansas, to Leslie Talmage Perryman and Leoma Elizabeth Clift. She died Wednesday, January 13, 2021, in Tulsa, Oklahoma, at the age of 90 years. Janie was married May 27, 1946, in Tulsa, Oklahoma, to Leon M. Redman. She spent most of her working life as a women’s clothing salesclerk at Wal-Mart. Janie enjoyed a variety of pastimes including singing and spending time with her family. She especially enjoyed her role of “Nana”. She had a caring heart and was always taking care of others and meeting their needs.