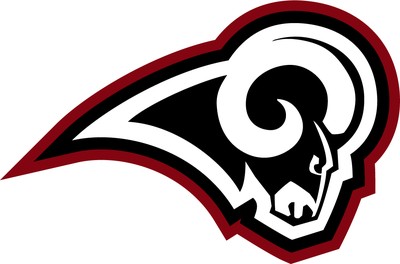 Owasso’s Brian Montonati has been named Head Boys Basketball Coach.  During the past six seasons Coach Montonati has served as an assistant coach on the boys basketball staff.  Coach Montonati is a Michigan native who graduated from Muskegon Orchard View High School in 1995.  After high school Coach Montonati played one year at Fullerton Junior College in California before transferring to Oklahoma State University.  While at OSU, Brian played for legendary Coach Eddie Sutton.  During his three seasons at OSU the Cowboys made it to the NCAA tournament each year, capped off by a run to the Elite Eight in 2000.  During this time he was named Big 12 AllConference, and the second leading scoring and leading rebounder for the Cowboys. He continued his playing career in Italy where he led his teams to 3 championships from 2000 to 2008. After retiring from basketball he has developed a career in medical device sales.  Throughout his career, he has continued his love for basketball by continuing to coach and invest in youth.

“I am thrilled to have this opportunity.  It has been a pleasure to be a part of this program for the past six years.  I look forward to continuing to raise the bar of expectations for the Owasso Rams.  This program is near and dear to my heart.  I am truly invested in the players and their families.  I hope to be able to give to each of them what was given to me through the game of Basketball.  Coach Sutton was a very influential person in my life and still is today.  I hope to have the same effect on our players.   The Frontier Valley Conference is full of great coaches and teams.  Competing in this league is a challenge each and every night.  It is a challenge that I and my team look forward to.  This team is full of returning starters and returning lettermen.  The expectations are very high for this team and that is something we will embrace and take on with full confidence and dedication.  I would like to thank the Board of Education and Administration for entrusting me with this responsibility.” – Coach Brian Montonati

“The Owasso Athletic Department is thrilled to have Coach Montonati lead the basketball program.  This program has been very successful in the past and Brian has had a big part in that.  We feel that through Coach Montonati’ s leadership the young men on the team will continue to develop the values of hard work, dedication, commitment and selfless service.  These are traits that will follow them through life and make them better men.   Coach Brian Montonati is the perfect fit to lead this team.” – Zach Duffield, Athletic Director

“On behalf of Owasso Public Schools and the Board of Education I am thrilled at the announcement of Brian Montonati as our new Boys Basketball Coach!  Brian’s background and basketball pedigree is second to none.  Brian’s leadership and communication skills are something that sets him apart.  He is able to teach the game of basketball the way it was intended to be taught.  His time under Coach Sutton shows in all that he does.  He not only loves the game but he loves the players and wants what is best for them at all times.  Brian will continue the great tradition of character traits in our Athletic Department that define the Owasso Way!” – Dr. Clark Ogilvie, Superintendent