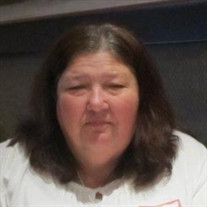 Teresa Elaine Lewis was born December 14, 1957, in Tulsa, Oklahoma, to James and Sue Dildine. She died Monday, January 11, 2021, in Bartlesville, Oklahoma, at the age of 63 years. Teresa was reared and educated in Owasso, Oklahoma, and graduated with the Owasso High School Class of 1976. She was married July 25, 1989, in Owasso to Kevin Juan Lewis. She spent most of her working life as a tax prepared with H & R Block. Teresa enjoyed a variety of pastimes including going camping. She was an avid Oklahoma Sooner fan. She was especially fond of her role of “Nana”.